This website is owned and run by the Alexander Wilson Estate as an opportunity to analyse, investigate and review the life, times and writings of Alexander Wilson- an author, adventurer and spy who was born in Dover, England in 1893 and lived until his 70th year in 1963.

The US and International edition of the biography of ‘Alec’ Alexander Wilson, The Secret Lives of a Secret Agent: Second Edition (January 2019) is now available at amazon.com and other global online sellers for $24.75 (price varies with discount), usually available to ship in 1 to 2 days.

Interest in his life and times is increasing with the transmission of the BBC Television drama series Mrs Wilson executively produced by and starring his granddaughter Ruth Wilson from Tuesday 27th November 2018.  It has also been broadcast in Masterpiece PBS across the USA, ABC in Australia and other countries around the world.

This series is based on the first edition of Professor Tim Crook’s biography of Alexander Wilson, The Secret Lives of a Secret Agent: The Mysterious Life and Times of Alexander Wilson, published in 2010 and the unpublished memoir of his third wife, Alison Wilson, who is Ruth Wilson’s grandmother.

The scriptwriter for the series is Anna Symon.

The second edition of The Secret Lives of a Secret Agent was published in its UK edition by Kultura Press 30th November 2018, and the US/International edition was released January 14th 2019.

The Secret Lives of a Secret Agent – Second Edition

You can also order this edition from Waterstones online.

It is a popular and highly reviewed book available at amazon.co.uk with free delivery in the UK

As indicated above, the US and International edition for amazon.com and other global online sellers was released in January 2019 at $24.75 (variable on discount), and available to ship in 1 to 2 days.

The DVD of the BBC television series is available at amazon.co.uk

The nine books he wrote in the theme of Wallace of the Secret Service have been re-published by Allison and Busby in 2015-16 and all the rights in the covers, typography, design are strictly reserved.

The Wallace of the Secret Service publishing project has been conceived by the CEO of Allison and Busby, Susie Dunlop and Edited by Sophie Robinson.

The distinctive cover designs are by Christina Griffiths with the cover illustrations from the Mary Evans Picture Library.

If you want to order any of the books in their various forms (paperback, electronic, audiobook, and Kindle etc) all you have to do is click on the cover image in the various postings. 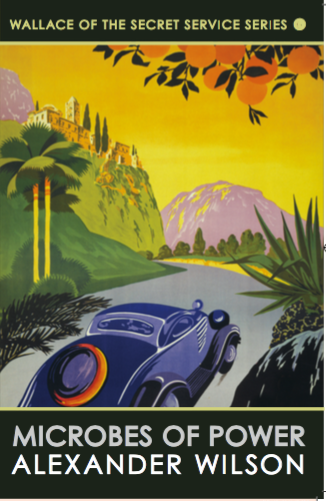 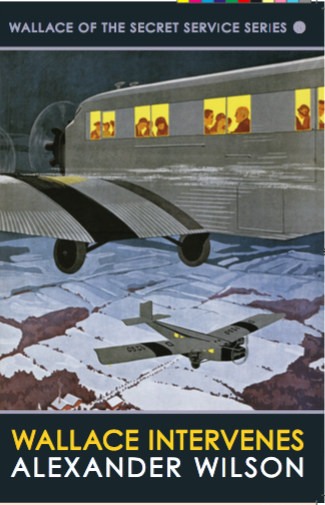 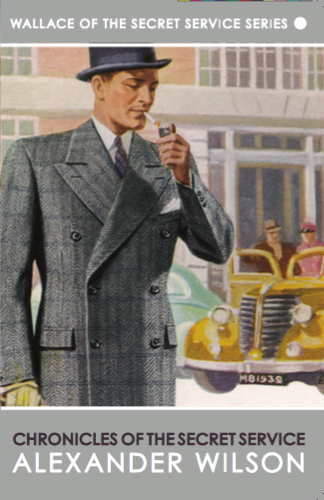 The Wallace novels can be bought directly from Allison and Busby, and from reputable online book stores and book-shops.

An exciting recent development has been the production of full unabridged audio versions of the books by Lamplight audio.

More than ten hours of listening is available in relation to ‘The Tunnel of 51’,  ‘The Devil’s Cocktail’ and ‘Wallace of the Secret Service.’

The spoken word versions are performed by the David Timson- a veteran and much respected BBC radio actor.

All the rights in Alexander Wilson’s biography, archives and books are managed by The Blair Partnership.

If you have any questions about the Alexander Wilson story and his works please contact the site’s administrator and Alexander Wilson’s biographer, Professor Tim Crook at t.crook@gold.ac.uk